-       The guidebook: Shtetl Routes. Travels Through the Forgotten Continent

-       A map of the Jewish heritage objects located in the borderland of Poland, Belarus, and Ukraine

-       A USB card with the Shtetl Routes app containing  a pdf version of the guidebook as well as 3D digital models of historical towns and synagogues from the borderland of Poland, Belarus, and Ukraine 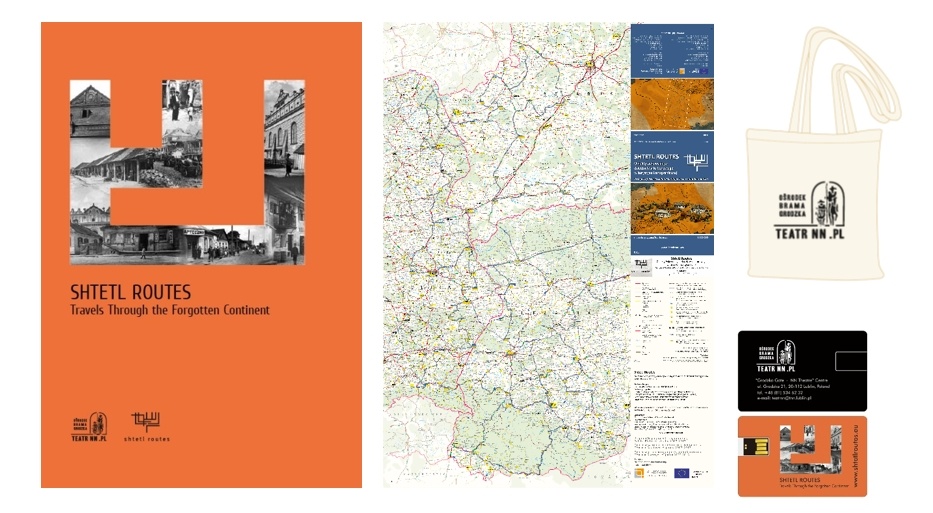 See the guidebook Shtetl Routes. Travels Through the Forgotten Continent in a pdf file: