J. Kugelmass, J. Boyarin, „From a ruined garden: The Memorial Books of Polish Jewry”, Bloomington  1998: "What is a Pinkes?" 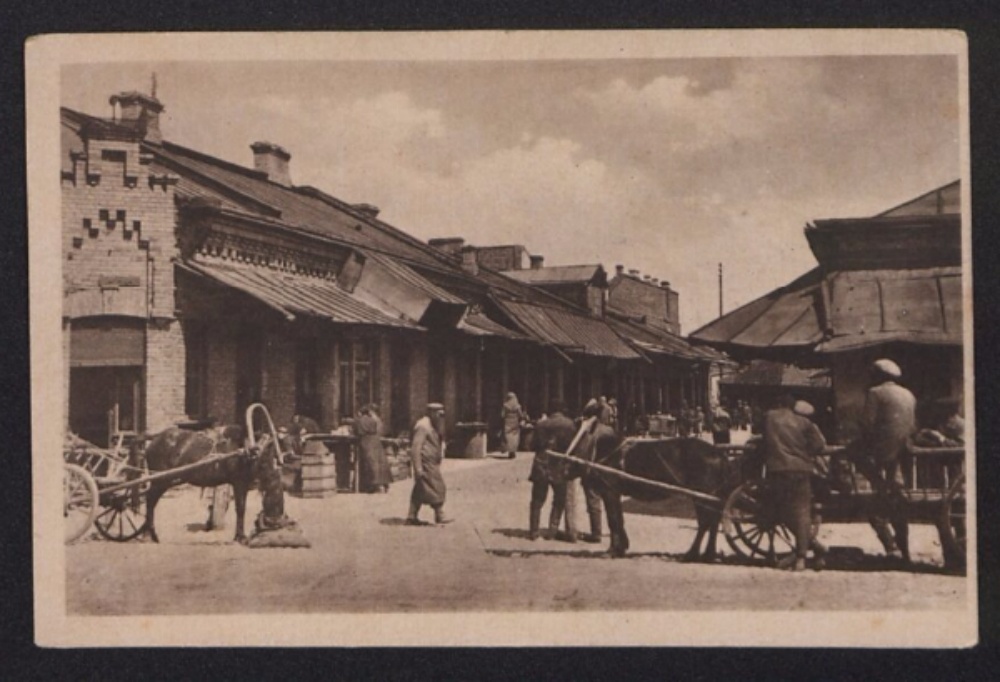 I remember hearing the word pinkes several times when I was a small child. For instance, when an unusual event took place in town, the adults, while commenting among themselves on the events, used to say: “Such a terrible story should be recorded in the pinkes!” On other occasions when things happened that weren’t quite as unheard of, but were nevertheless curious, even the woman used to finish their accounts with: “It was something to write down in the pinkes!” But what this thing called a pinkes was, what it looked like, and where it was to be found, this pinkes which was mentioned in tones of such respect, as though it were something holy – I had no idea, and even in my imagination I couldn’t picture it.

More and more I was driven by the desire to see the pinkes with my own eyes and touch it with my own hands. Good fortune was mine, and my wish was fulfilled. This is how it happened.

The pinkes in our town, and probably in other towns as well, was kept by the burial society (which was called “The Society of the Concerned” in Kovel). When a new trustee was chosen for the society – on Simkhes Toyre, as was done in other small towns – the pinkes was given to him to hold.

One year my father, may he rest in peace, wanted to become the trustee of the society. My father Mikhl Zaygermakher was an excellent candidate. Why not? Of course! However, there was a hitch: my father couldn’t become the trustee, because his name was Mikhl.

Why did the name, Mikhl, bar him from being trustee of The Society of the Concerned? It was a custom in our town –and no doubt it was thus recorded in the pinkes itself – that any Jew whose name began with M was forbidden to occupy the trusteeship, because the word for “corpse”, mes, begins with an m.

What could my father do to circumvent this custom? It wasn’t even the trusteeship itself that drew my father, but the desire to show the likes of Reb Yankev Fudl and Reb Osher Shvarts, that this year he, Mikhl Shiter, a congregant of the ”Municipal” study house, would be the trustee instead if the one of the congregants of the Great Synagogue.

Finally something was hit upon. I imagine there was a quiet meeting of congregants from the study house, at which it was decided to nominate Reb Shimen Zokner as trustee. He was a candidate with all the proper credentials for the post. However, being the owner and operator of a tannery and a mill, he had no time to fulfill the trustee’s duties. It was arranged that Shimen Zokner would turn over actual responsibility to my father.

On Simkhes Toyre Reb Shimen Zokner was led from the study house to his home with great fanfare, where the crowd drank hot whiskey with honey and ate dumplings also fried with honey, and everyone had a wonderful time. Shortly after the holiday, the whole town knew that my father was the real head of the society. It was as though my father were Shimen’s secretary – no one complained about it.

As soon as the previous trustee handed over the pinkes and the other belongings of the society to Shimen Zokner, he immediately brought everything to our house, where I finally had an opportunity to see the pinkes.

My father put the pinkes in a safe place in our store. One day, when no one was around, I approached the closet where it lay, my steps slow and my heart pounding, opened the doors and looked at it. I saw a large, old book, the size of a volume of the Talmud, with ribbed, leather covers torn in the corners. Out of them peeked the tops of yellowed, inscribed pieces of paper.

I grew terrified just looking at it. I myself don’t know why I was so afraid, but at the moment images flew into my mind of awesome, horrifying events that had taken place in our town, events I had been told about and which were certainly recorded in the pinkes. The book seemed especially holy to me, and I was afraid even to touch it.

Yet I still didn’t know what the book was needed for, or precisely what it contained. My childish mind burned with desire to find out the secret.

Once I went up to my mother, may she rest in peace, just when she was busy with housework, and asked her: “Mama, what’s a pinkes? What’s it used for?” My mother gave me a strange look and said, “Go away, and don’t annoy me with your questions!”

Another time I went to my grandmother Khaye-Rokhl, may she rest in peace, and asked her the same question. She listened to my question attentively, caressed my head and said, “Leybele, when, God willing, you grow up, you’ll understand what a pinkes is and what’s written down in it. You can’t understand yet. Go, my child, go play with the children. Go…”

I decided to ask my teacher. He used to come to our house to tutor me, since I attended gymnasium and couldn’t go to kheyder. The teacher whom my parents hired was Reb Artshe Karliner, a very fine scholar but, he should forgive me for saying so, a man with and awful temper.

How could I ask him? I had to figure out the right way to approach the matter, since he was always angry and grouchy. If one dared to try to speak to him of a matter that had nothing to do with study, one’s life was in danger.

I set upon a plan: I knew that he was dearly fond of a hot glass of tea. Once, when he came to tutor me and my mother was out of the house, I stood up and said, “Rebe, would you like me to pour you a glass of tea?”

“Certainly, bring me a glass of tea.  But be careful not to burn yourself!” he warned. With trembling hands, I brought him the tea, and carefully asked him, “Rebe, what is a pinkes? What’s written in it?”

The teacher, without raising his eyes from the glass, above which he was bent over, holding it in both hands and sipping from it with great pleasure, emitting a loud “Aaaaah” after each sip, answered me with measured words in his Lithuanian dialect:

“A pinkes, Leybele, is a book in which all of the unusual events and occurrences that take place in a town are recorded, both good things and, God forbid, not such good things.” He continued slowly, sipping after each phrase: “The good things are recorded, so that the generations that follow us will learn to behave well and will also perform good deeds. The bad things that happen, may we be spared, are recorded so that people may know not to do them and also so that the One Above will pity us and see that no evil harms us in the future. Amen.”

Now, in connection with the publication of the Pinkas Kovel, I remember this episode from my childhood. I remembered the old pinkes of our town, which I saw in my parents’ house, and which they so carefully and lovingly guarded. I am sure that we, the people of Kovel, wherever we may find ourselves, will know how to judge the value of this pinkes which we have published. We will preserved it as a dear and holy possession, with the same importance and even holiness with which the Jews of Kovel preserved through so many generations the pinkes of our town.

For, to our immense loss and sorrow, this Pinkas Kovel is the only remnant that remains of our beloved hometown.