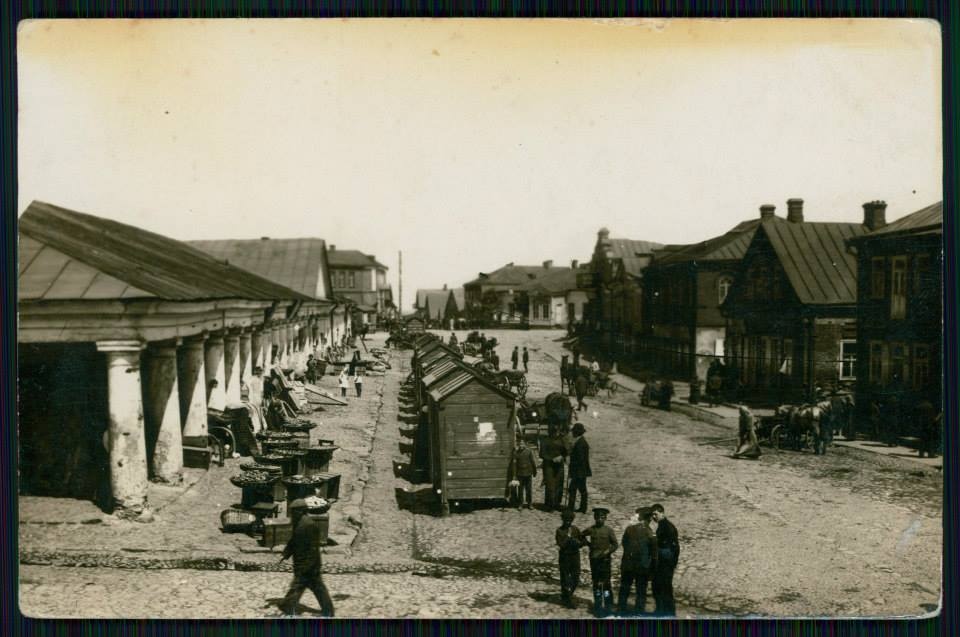 European cultural heritage is not only big cities and their great monuments. Also on the confines of European Union, in its eastern, poor part, one can find exceptional treasures – small towns, once called shtetls, located mainly in Lithuania, Belarus, Ukraine, Poland, but also in Slovakia, Czech Republic, Romania and Hungary. In all of them, no matter in which country, a Jewish community played a key role. For centuries they were a distinctive element of cultural landscape of the eastern part of Europe. A territory, where it was possible to find them, was a borderland between East and West, between the civilizations of Europe and Asia. It was almost as if these lands formed another continent – Eastern Province of Europe, living its own life.

After the extermination of the Jewish community during the Second World War, small towns with the majority of Jewish inhabitants ceased to exist. They stayed only in memories, old illustrations, photographs, pages of literature or Books of Memory. Descendants of inhabitants of the “Forgotten Continent” are still alive, scattered all across the world. Enormous part of the Jewish diaspora (North and South America) has roots in this world. For them it is a mythical place where they ancestors came from. Often, we don't realize how much those poor immigrants from Easter Europe enriched global contemporary culture, art and science.

That world is already a closed chapter in the history of Europe. The only thing we can do is to tell about it and show that it composes a great part of European cultural heritage.

The project “Forgotten Continent” is an attempt to create such a tale. A tale that is legible and important for Europe, because it bears a reflection on formation and long lasting time of constancy of multicultural communities on the level of small towns – shtetls.

On the other hand, dormant and culturally back-warded towns of eastern Europe, require extraordinary actions so that anything could change in them. One of impulses for such changes could be the project “Forgotten Continent”, creating a touristic offer based on their cultural heritage, supported by various kinds of animation activities undertook in these towns (such as work with youth and activation of inhabitants).

Paradoxically a big chance of this Eastern Province of Europe is that it is still undiscovered by Europeans and thus it has something that can encourage them to come here. As R. Kapuściński wrote, it is “dramatic world of permanently restless esatern boundaries of Europe, the world that to the men of the West might seem more exotic, inscrutable and mysterious than the distant and colorful continents of our planet”. It is hard to find a better recommendation.

At this point it is necessary to pose a simple yet important question – what story about the “Forgotten Continent” (or maybe the “Grand Eastern Province”?) should we create? How this story can attract attention of Europe, world to this territory?

Every place (city, region) searches its legend, its own story, that would make it distinguishable among thousands of others. While creating such a tale – legend – it is important to be aware that it should be deeply rooted in its history – be genetically connected to that place.
Stefan Chwin wrote some important words, that can refer to any place, not only the city,

“The city becomes fully a legend, when it becomes a subject of a grand tale. Every “wise city” strives for its own legend, a one that would ramble around the world. A City without a legend vegetates. Legend brings it to the life. It highlights that the city is extraordinary, and worth seeing with one's own eyes. (…) A legend rambling around the world makes the heart of someone who hears its name beat more joyfully. He feels that he approaches a mystery and dreams to physically reach it.”

“Forgotten Continent” can have such a legend, can have a multithreaded, great, but also tragic tale, that would be interesting and important for a stranger both from Europe and all the world.