From American Universities to the Polish Yeshivas

J. Kugelmass, J. Boyarin, „From a ruined garden: The Memorial Books of Polish Jewry”, Bloomington 1998: "From American Universities to the Polish Yeshivas". 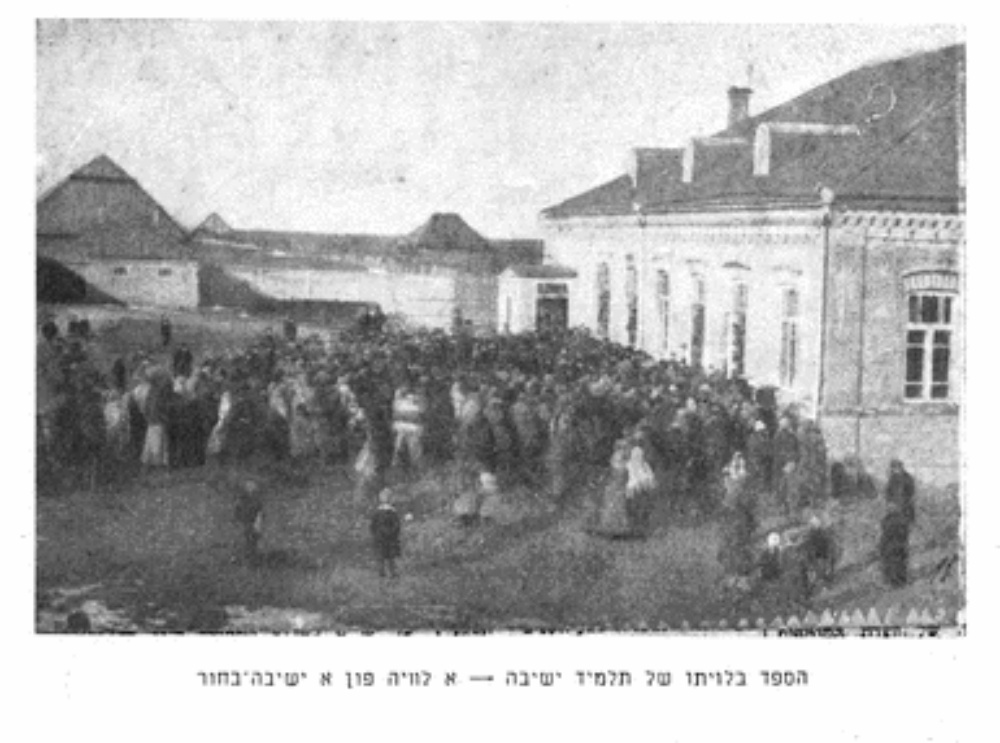 In America one often hears about restless youth who wake up one morning and set off to wander in foreign places. Their daily routine at home bores them. Their fresh blood yearns for the wide world, for unknown landscapes. Where do they go? Many become sailors and travel the wide seas; others set off for the wilderness of South America, and so forth. Among them are many Jewish youngsters. Recently, however, many American Jewish youngsters can be found where one would least expect them: in the old Jewish shtetlekh of Poland and Lithuania, far away from big cities and railroad lines, where only one melody has sounded for many years, the melody of Talmud study.

There one can meet Jewish young men from New York and Cleveland, from Pennsylvania and Kansas, from every part of America. In the yeshivas of Mir, Slobodke, Volozhin, and Telz, dozens of boys with yarmulkes in their heads stand at wooden lecterns with open Talmuds in front of them. They have left their comfortable homes in America and crossed the Atlantic in order to study Torah in the far-flung shtetlekh of out grandfathers and great-grandfathers.

American yeshiva boys in Poland and Lithuania, young students in the old country, who have already graduated collage – this is something new. The Jews who live in the towns shrug their shoulders without understanding: they’ve seen Americans coming for a visit to their relatives, and just as quickly going away again, but strapping young men of eighteen and twenty, without friends or relatives in town, coming four thousand miles to study for twelve of thirteen hours a day – this has never happened before.

The largest colony of American yeshiva boys is located in the small town of Mir. The town lies a mere twenty viorst from the Soviet border. In this out-of-the-way corner there are forty-eight boys from New York, Brooklyn, Illinois, Kansas, Texas, and even as far as Winnipeg in Canada.

If you think that studying in such a yeshiva is easy, you’re mistaken. At seven o’clock in the morning one must be in the yeshiva, ready for the morning prayers, and study concludes only at ten o’clock in the evening. The only times for rest come at breakfast and lunch, and during a brief walk in the nearby woods in the evening. The rest of the time all the students are steeped in study. The bokher from Baranovitsh debates with the boy from Harvard University, as they both lean over the dusty pages of the Talmud, which bears the marks of the many generations that have studied from it.

The Americans are mostly sons of wealthy parents, except for several children of American rabbis. None of them lacked the best of everything in America. Yet when they came to Mir – a place that isn’t even on the map – they had to change their entire lives. The hot bath, the playing field, and the automobile, the neatly pressed suit, and the theater – Mir knows nothing of all this.

Indeed, it was difficult for them to accustom themselves to life there at first. They suffered most from the fact that there were no clean washrooms. A certain young man went so far as to write a letter to his mother – not from Mir, but from the Telzer yeshiva – that for the first three days he couldn’t satisfy his natural functions because the habits there were so strange.

In Mir, however, it was recognized that the Americans couldn’t live that way, and the yeshiva was the first to introduce plumbing. A wealthy Jew from Buffalo, who visited his sons in the yeshiva, found that the sanitary facilities were quite backward. He donated half of the sum necessary to install the plumbing. The second half was given by the “Joint” [American Jewish Joint Distribution Committee] and the yeshiva thus became the first modern building in town.

A Jew from Chicago introduced electric lighting into the yeshiva, which now has its own generator and seventy electric lights. As far as eating goes, however, no changes have boon made, and the housewives of Mir give the “Amerikantses” the same food they give the Polish boys. Many American boys complain in letters to their parents that it’s impossible to get any ice cream, that oranges are worth their weight in gold, and that figs aren’t to be had for love or money. The good-hearted Jewish mothers take pity on their children, and send packages of oranges and figs for their sons to eat for breakfast.

However, one issue led to a minor dispute between the administration of the yeshiva and the American boys. This was the matter of playing football. The former student of Harvard University knows that one can study all his subjects and still find some time to go outside in a sweater and toss a rubber ball back and forth between lectures. In Mir this is not approved of. One time, five or six Americans decided to get some exercise in the morning, and began playing football right in front of the yeshiva. Their Polish friends and the townspeople stood astounded. It was the first time they had seen scholars who were also ballplayers. The leaders of the yeshiva immediately let the group of Americans know that they had “gone too far”, and after a quiet protest the players gave in.

An exception is made during summer, when the students go off to cottages in the country to rest, and the Americans eagerly pick up the ball, just as they do in America. 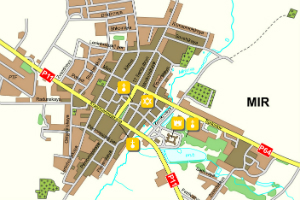