An old man and his ten-year-old son were leading a camel through the desert. Their way was long, the sun was hot, and they were tired. They met a man who looked at them amazed. “How foolish that you both go on foot,” he said, “when the camel was created to carry people.”

Heeding the stranger’s words, the old man mounted the camel and his son followed on foot. A while later they met a second traveler, who said, “Have you no pity on your son? He’s still a child with tender feet; look at them, cut to ribbons. How can a father allow his own child to suffer like that?”

The father, ashamed, dismounted and set his son upon the camel. But a while later they met a third traveler, who cried, ‘For shame – and in the heat of the day, [email protected] A child has no right to ride while his old father walks.”

So the old man hit on another idea: he and his son both mounted the camel, making themselves comfortable while the camel went on. But then they met a fourth traveler who threw up his hands in horror. “Abusing a dumb creature making him carry a double load! Have you no pity in your hearts?”

The father and son quickly dismounted. The father said, “Well, there’s no help for it, we’ll just have to carry the camel ourselves. Though someone will probably come along and say that it’s stupid. No matter what we do, we can’t please all the world.” 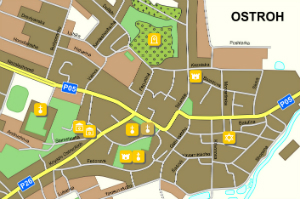